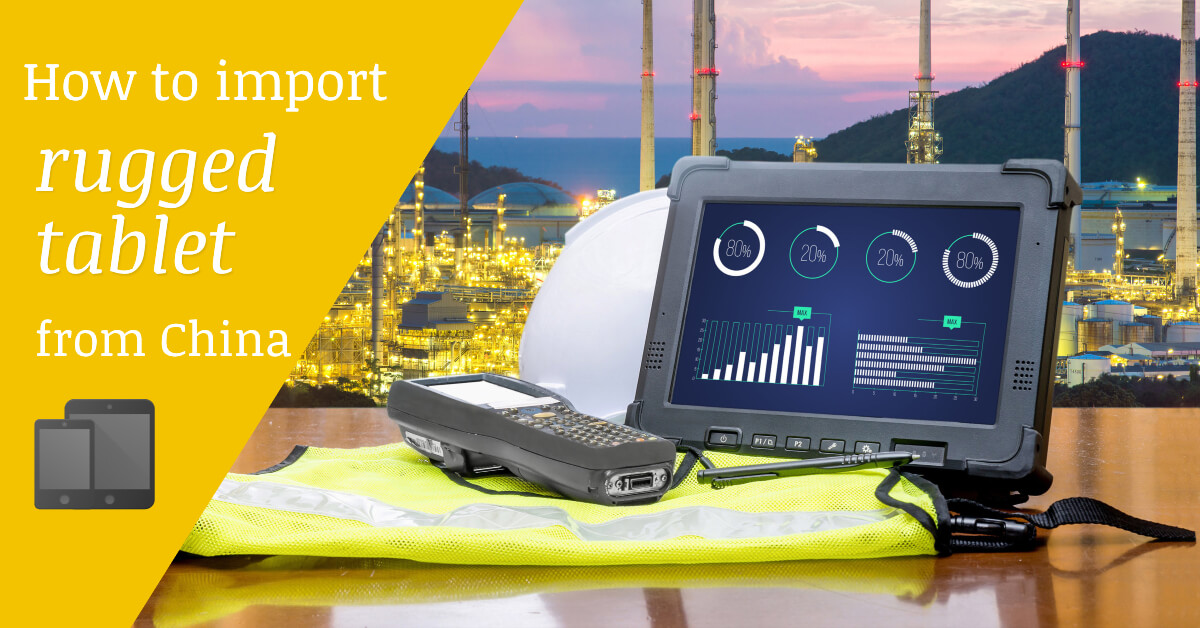 Rugged mobile computers not only extend office effectiveness to the field, but another advantage of rugged tablets and handhelds is that they bring a small total cost of ownership (TCO) and quick ROI to your business model, especially when you import them from China.

A rough mobile computer is a computer specifically intended for reliable operation in difficult circumstances and areas of use, such as powerful vibrations, extreme temperatures, and moist, or dusty conditions.

From the outset, they are intended for the sort of rough use characterized by these circumstances, not only in the external housing but also in the inner parts and cooling arrangements.

Rugged and hardened machines generally share the same robustness of design and these terms are frequently interchangeable.

What is a Rugged Tablet?

A rugged tablet can be semi or completely rugged. The semi-rugged may have a rain-resistant body protective case. Whereas fully rugged tablets are designed to operate in extreme temperatures and other difficult circumstances from the inside out.

They are intended to withstand falls, shocks, and vibrations while retaining dust and waterproof strength. A tablet has a strong hard drive internally and no moving components.

Unlike many laptops, most tablets don't need a fan to improve their resistance to dust and water. Most rugged mobile computers have options like a barcode scanner because they serve in the logistics and transportation industries. 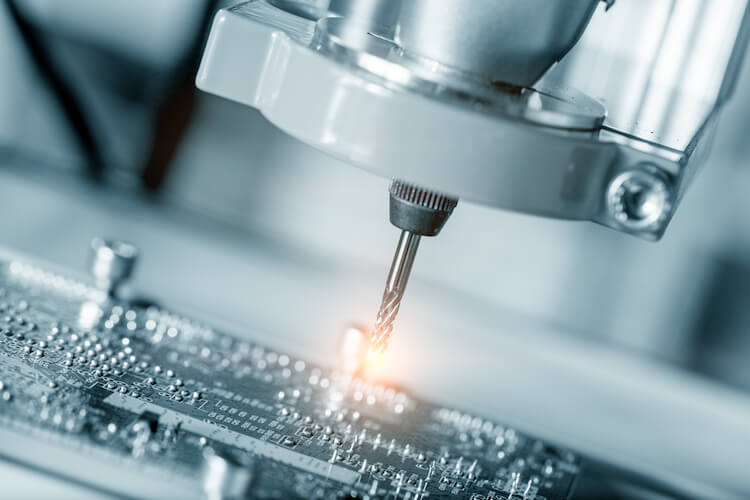 Several rugged tablets sold in Asia, particularly China and Southeast Asia, suffer from serious problems with design and quality control. On the other hand, some tablets designed by China compare quite well with well-known manufacturers.

Here are the answers to some of the most frequently asked questions regarding the importation of rugged tablets from China:

Most manufacturers of Rugged Tablet PCs are based in Shenzhen, the manufacturing center for electronics in China. You can also go to neighboring provinces like Dongguan, Zhongshan, and Guangzhou, to find tablet suppliers.

The main role of the supplier of the Rugged Tablet PC is to supply parts and assemble the equipment. While some parts are produced locally, CPUs and other components are also imported from the United States, Japan, Korea, Taiwan (ROC) and elsewhere.

What is a Rugged Tablet’s normal Minimum Order Quantity?

The MOQ is set by most vendors at about 500 pcs per model. Some manufacturers, however, offer only 50 pcs of ODM (Original Design Manufacturer) tablets per order.

But if you're going to import a custom tablet computer, you'll have to match the normal MOQ of about 500 tablets.

When importing rough tablets, what kind of product certifications do I need?

Android tablets and other electronics have different labeling specifications and security regulations.

If you are residing in the U.S., Canada, Europe or Australia, compliance is a must.

Certification requirements like CE, RoHS, and FCC are not merely guidelines, but legislation to safeguard businesses and the public. If you import uncertified Android tablets or smartphones, customs officials may confiscate your products once they arrived with no compensation.

For anything imported from overseas, you as an importer need to ensure compliance with accreditation. This is even more taxing when it comes to importing electronics from China, as so many suppliers have no certification at all or sometimes, even uses counterfeit certificates.

Often, small businesses assume that certification compliance is the responsibility of the Chinese supplier. However, this is not the case.

It is technically rigorous to produce compliant electronics and needs a rather advanced method of production. This is something that most suppliers in China do not have.

Previous compliance is one of the most important factors in China when sourcing consumer electronics.

What are the usual Product Specifications of a Rugged Tablet? 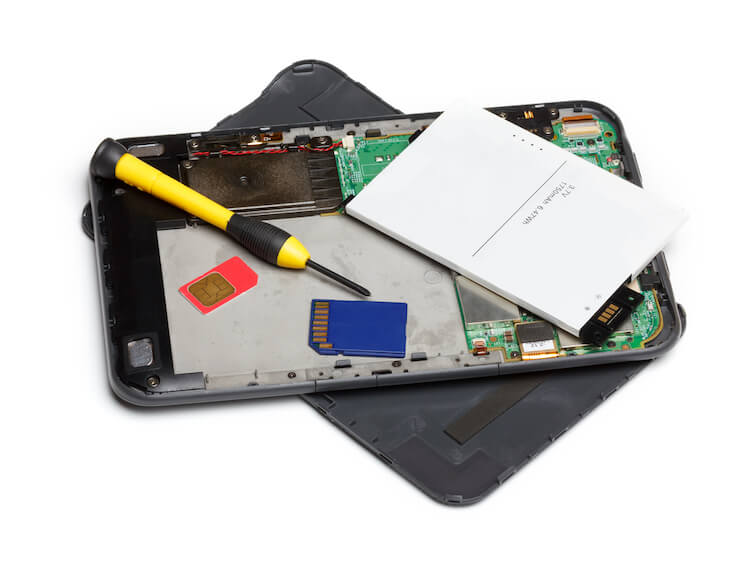 It's hard to draw a line when it identifying a "good quality" product, and this includes electronics such as rough tablets and smartphones. It's, in fact, the opposite. Companies in China seldom stock products and usually require a comprehensible list of requirements or product specifications from the importer.

A product specification for Rugged Android Tablets and Smartphones shall at a minimum include the following:

This could result in many difficult situations, such as getting an incorrect charger or getting an electronic product that is all in Chinese. Keep in mind that no item specification is too trivial or too irrelevant to be mentioned.

Can I Customize A Rugged Tablet?

Yes. Most factories actually want you to have a full spec sheet with the following data:

Remember that you're going to get exactly what you're specifying.

Rugged Tablet Manufacturing Scams to Watch Out For

Compared to a well-established business, it is much easier to scam an inexperienced and newbie importer who’s looking to purchase Android tablets and smartphones for his business.

This is why compared to other product categories, buying consumer electronics is more risky as the probability of being scammed is higher.

While false certificates among consumer electronics suppliers from China is rampant, payment fraud is also one of the most prevalent scams to be wary of. Payment fraud is mainly a scam where your cash is taken by a "supplier" without giving you the promised products.

These scammers tend to share similar traits that you can watch out for to prevent experiencing frauds. Here are three of them:

Remember that legit Chinese wholesalers do not sell brand name tablets at dirt cheap rates. Big players in the electronics industry such as Apple or Samsung retain a tight grip on their supply chain and would never allow "China priced" products to flood the market with inexperienced importers.

Even if you could actually get your hands on a batch of authentic iPads or Samsung Galaxy Tablets, you would still not probably end up with a profitable business. This is because brand name electronics in Mainland China are 10-20 percent pricier than in the remainder of the globe.

In fact, these brands are often purchased by Chinese people overseas to save their friends and family a few bucks.

Things to Consider When Importing Rugged Tablets From China

Software is a significant element that can set your rugged tablet apart from your competitors. Pre-installed industry-specific software is a deal-breaker.

While coding isn’t a skill possessed by anyone and requires mastery, you can still hire freelance programmers to work on your electronics.

Besides customizing software, customized branding also a must. Consider the time and money you are going to put into the procurement and advertising of the item.

Branding a product can be as simple as putting a product logo print and a custom packaging design. Fortunately, many suppliers of tablets and smartphones in China can provide this.

Look for a supplier that is entirely focused on tablet manufacturing only. Considering the complicated electronics manufacturing process, it is definitely not a product that you would like to import from a small-scale trader.

Ask questions about product quality, parts, and efficiency before entering a price negotiation to ensure that the prospective supplier you’re about to do business with is legit.

There are just some of the most important considerations any importer should have in order to prevent wasting time on disqualified manufacturers, considering the limited quantity of licensed suppliers in this sector.

Visiting a trade exhibit is also another effective way of locating reliable Chinese suppliers of any product, including electronics.

However, suppliers’ quality differs from one trade event to another, and most tend to concentrate on a particular sector.

You can go online as well. Aliexpress is more for smaller quantities (hence a slightly greater unit price), Global Sources is more for big amounts (but through negotiation, you can get samples from many suppliers), and Alibaba has a variety of providers from low MOQs right through to bulk MOQ manufacturers.

Just a word of advice: don't always go for the cheapest, as they often have reduced quality parts and hence a greater failure rate, and generally a greater quality item is worth paying a little more.

In case you need further assistance when it comes to importing electronics from China, our skilled buying agents here at Lazpanda would be glad to help. With our networks of certified electronics manufacturers, we can help make your importing experience a whole lot easier.

Import from China actually is not a simple task. If you are working with a sourcing agent like me, then you’re already way ahead of the game. But what if you’re one of the 99% of small business owners or Amazon sellers who are not familiar with importing from China. I want to share my sourcing expertise with you to help you grow business.

Learn how to save cost for importing from China with exclusive tips, only share with my private newsletter subscribers.
Please enter a valid email address.
Subscribe!
Something went wrong. Please check your entries and try again.
Need agent now!

Before foundered Lazpanda, thousands of brand name idea had come through, at last, I picked Lazpanda. Panda can present China, “laz” is short for lazy, that’s panda’s feature, also is our mission, help our clients save more cost.